The 18th Woodstock Festival ended up on Sunday as well as Himalayan Camp organized by Polish Outdoor Group. The organizers estimate that this year’s village was visited by about 30.000 people.

The Camp operated since Wednesday – 1 August, till Saturday – 4 August, from early morning till late evening during Woodstock Festival in Kostrzyn, Poland. The village was situated on the Academy of the Finest Arts` terrain, close to the AFA lecture tent and the Small Scene. Polish Outdoor Group successfully accompanied the Festival for the second time and was an important partner in offering the AFA activities for Woodstock participants. 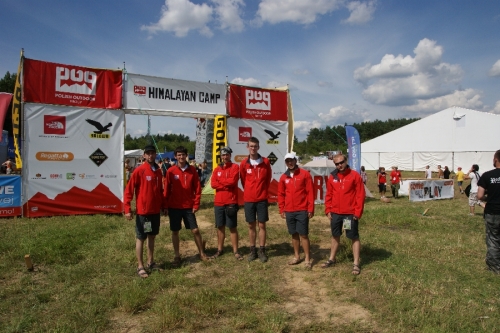 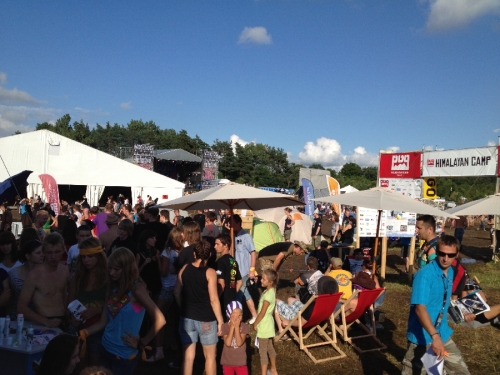 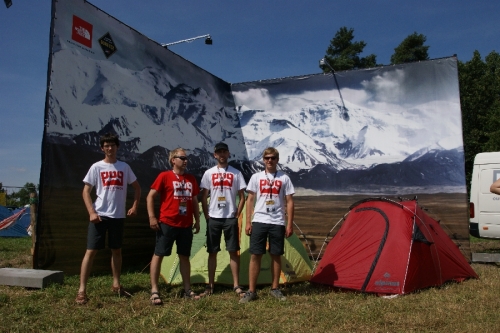 „Himalayan Camp during Woodstock Festival is one of the activities which fulfils the statutory objectives and our mission." – says the organizer, Maciej Przywecki. "We reach thousands of young people here with an interesting offer of outdoor sports, we inspire them and encourage to be active; but also, we teach them how to do it smart." 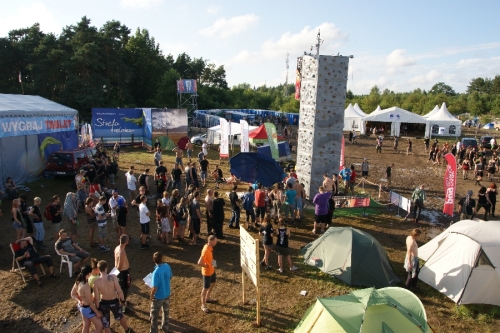 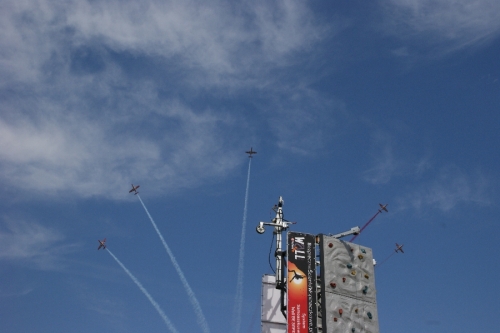 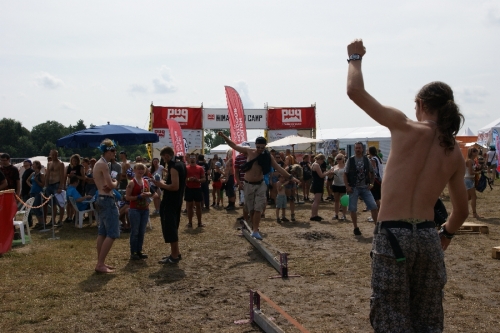 Among many attractions, the most popular was the Wall Be Safe climbing wall, where climbers use the automatic assurance. For many participants, it was the first chance to climb the artificial wall, but some people arrived even with their own climbing shoes. Slacklines were also very popular among the guests. There were contests with awards organized both on the climbing wall and the slacklines. 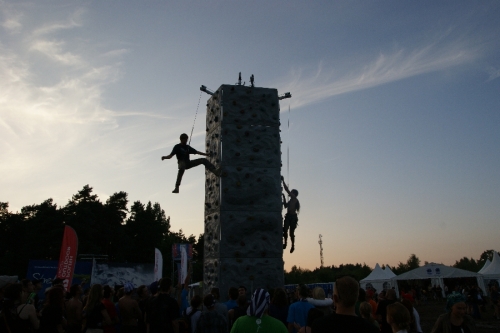 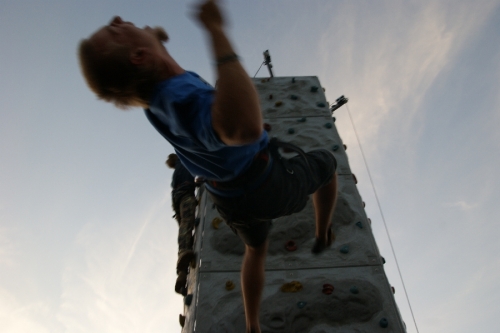 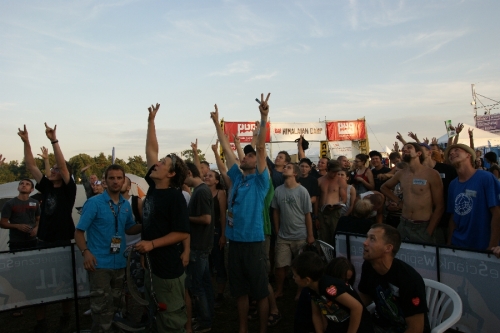 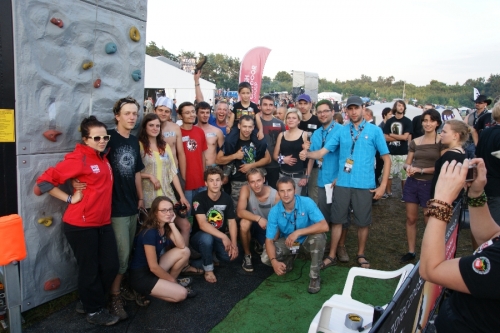 Traditionally, the Camp was „surrounded by high mountains" – that`s the impression given by a huge banner with the Himalayas` photo under which there was a presentation of tents. Close to them, there were also outdoor trainings. Our expert presented the most up to date solutions used in the production of tents, backpacks, apparel and outdoor accessories. They also explained eg. how membranes work and revealed many outdoor curiosities. Many people were attracted by the training on „How to pack and regulate the backpack properly". 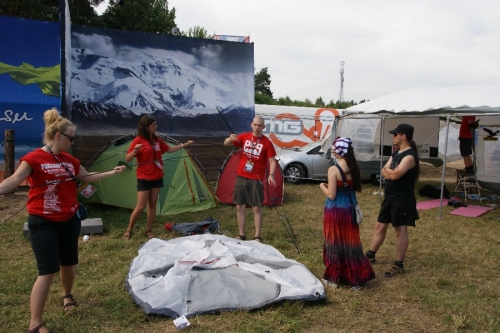 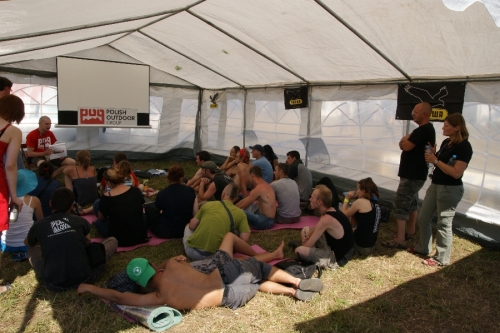 A large group did their first steps (word for word!) with Nordic Walking poles. Professional coaches from the Polish Association of Nordic Walking led their active trainings a few times a day. 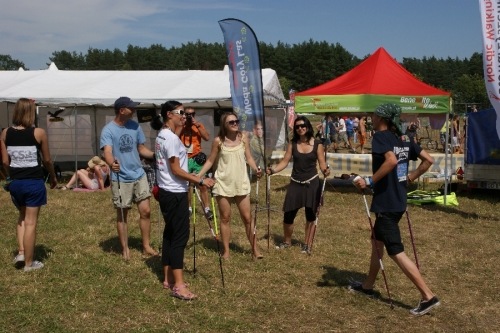 In the evenings, hundreds of viewers watched the best mountain movies from the Mountain Movie Festival in Lądek Zdrój, Poland. The icing on the outdoor cake were the late-night meetings with travellers and climbers. 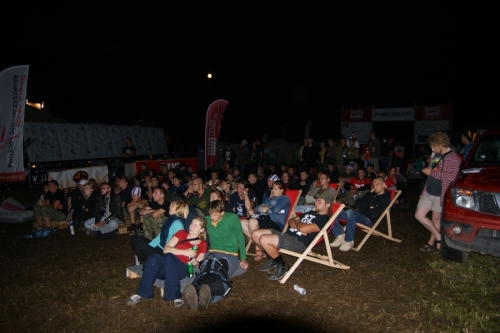 Adam Pustelnik, the outstanding climber of the young generation, was the special guest of the Himalayan Camp. On Saturday, he vividly told about his extraordinary climbing passion. It`s worth to mention that due to the large group of foreign participants, he had his speech both in Polish and English. 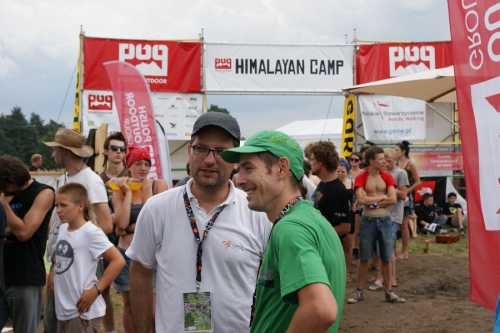 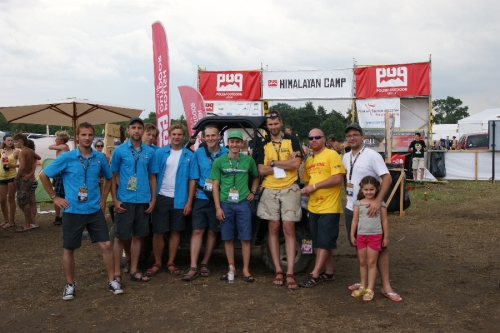 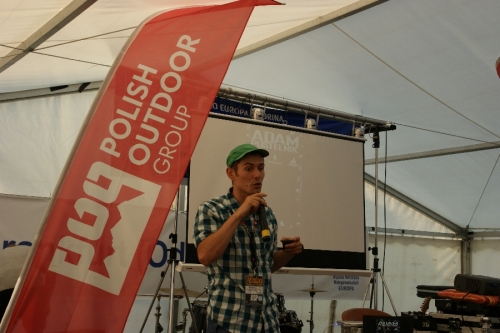 A great inspiration for outdoor adventures were also the members of the successful Spitsbergen Polish Female Expedition 2012 – Agnieszka Siejka, Katarzyna Siekierzyńska and Ewa Grewling. Their goal was to reach the highest peak of Spitsbergen – Newtontoppen (1713 m) in the winter. The girls told about their hike on the glacier and showed many interesting photos. At the end, the attractive prizes were drawn among the viewers. 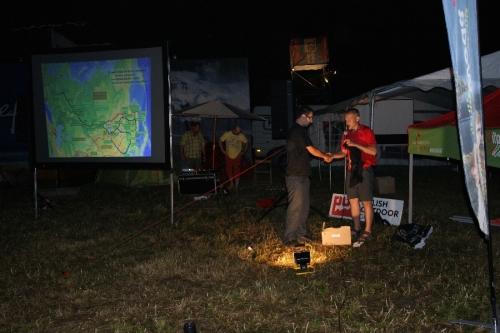 Even the weather was perfectly „outdoor" this year – it was sunny for most of the time but there were dark clouds with short rainstorms every day. 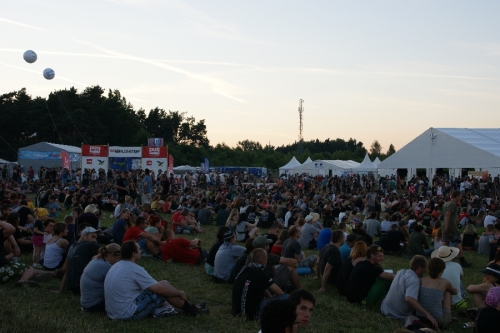 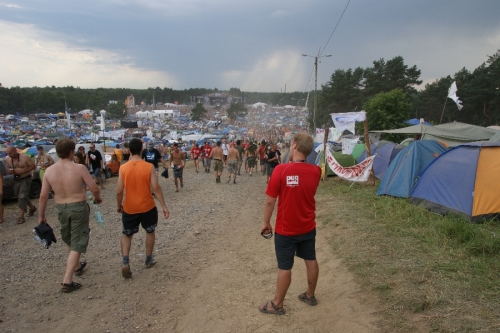 Thanks to the presence of Polish Outdoor Group, all of the association` members were promoted on Woodstock Festival Poland. According to the police statistics, there were about 600.000 participants this year. 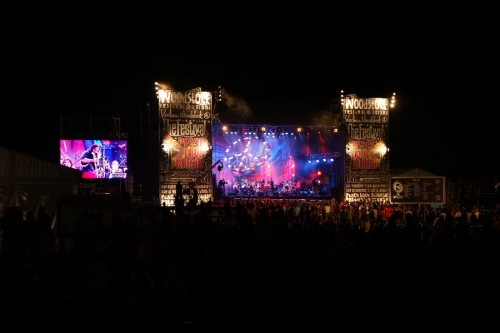 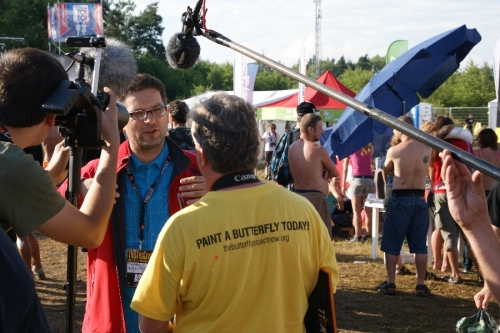 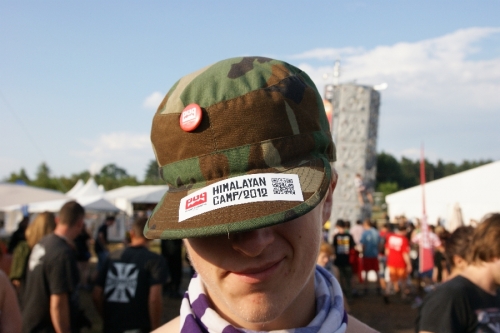